You may not like it but tax avoidance is good business. 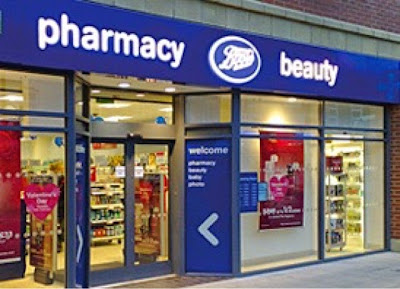 The tax Division in Shell was pretty big when I worked there. I suspect it's much bigger now. Multinationals by definition operate globally - in Shell's case in just about every country in the world. I have two Shell pensions. One relates to my UK service, the other to my years of service overseas. That latter pension is from a Pension Fund based in Bermuda - this location, which is perfectly legal of course, is purely for tax reasons. The Fund benefits from an advantageous tax regime in the British Overseas territory, and so indirectly do I. I pay tax on my overseas pension of course, but I get a small tax exemption to reflect the fact that the pension is in effect deferred salary from a time when my employment was not UK tax liable.

The Pension example is one of thousands illustrating that big Corporations have to be tax efficient, and have the ability to be so. That ability comes from that big Tax Division whose brief is, of course, to minimise Shell's tax obligations. Some profits are deliberately made in low tax locations rather than high tax. Some businesses are deliberately located in low tax countries rather than high tax. And so on. Sometimes it's much cheaper to do business in one place rather than another and Shell, and the rest, have an obligation to respond to this. Who is the obligation to? Well the owners of the Corporation of course - including institutional investors. Why pay tax if you don't have to?

Those that levy tax certainly have their work cut out to apply the law when in the big Companies there are top tax lawyers trying to beat the system! The search for tax loopholes which lead to the avoidance of tax liability is part art and part science. It's clever stuff, but there is nothing illegal about it. It's up to the authorities to close the loopholes not to businesses to pay taxes when they are not obliged to. Labour leader Ed Millibsnd said this about the Boos of Boots:

"I don't think people in Britain are going to take kindly to being lectured by someone who is avoiding his taxes..."

Aside from the personalisation (it's the Company not the individual) I'm afraid Ed just doesn't get it. Ever day thousands of British businesses and their advisers and lawyers are working hard to avoid paying taxes. They are not evading them (which would be unlawful) but avoiding them (which is good business). It is utterly naive to imply that companies should voluntarily pay taxes when they don't have to.

Posted by Paddy Briggs at 4:52 pm No comments: