The changing world of Oil and Energy. Interesting times! 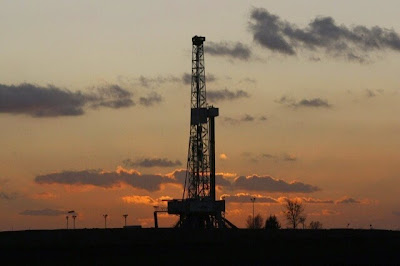 There is an almost perfect correlation between Multinational Oil company profits and the price of Crude Oil. The higher the latter, the higher the former. Changes within the business operations, cost reduction exercises and other reorganisations and the like, can affect financial performance on the margins. And instituting such changes can give Directors the feeling that they are “doing something” to justify their windfall level remuneration. But, in truth, it’s the traded value of Crude which really drives the dosh. So falling prices are bad for Shell, Exxn and the rest of them Arguably, however, they are good for the rest of us.
There are those who argue that the higher the oil price the stronger the drive for diversification will be. Renewables become more relatively viable if Crude prices are high. But Shell, having established Wind, Solar, Forestry and other unconventional energy businesses got out of most of them despite the rise in Oil prices. Even the (highly questionable) Governments’ subsidies for renewable energy were insufficient to keep Shell in the game. And falling prices make it unlikely that they will return.
One of the drivers of falling prices is the gradual increase in production – especially in the United States – of hydrocarbons (mostly Gas) from Shale. Fracking is changing the face of the energy scene, and not just in America. The US could become self-sufficient in Energy as a consequence, an extraordinary turnaround. The energy business is a classic example of where price is a direct consequence of the interplay of supply and demand. As supply of oil and gas from new non OPEC production such as shale increases the price falls. For the first time for a while the Sheikhs and their friends are not telling us how much we’ll pay for our gasoline!
The prediction of oil price trends is a dodgy old game and one major shock can lead to panic and price rises. That said there is reason to be bearish on oil for at least the medium term. There is an uncomfortable dilemma ahead for the Oil Majors. Unconventional oil and gas production – be it via fracking or by moving into environmentally questionable areas like the Arctic – is expensive. And yet if the reliance on Middle East and other traditional producers is to be reduced then this has to happen. But the bean counters are going to be worried about project viability if the Crude price keeps falling. My guess is that the hurdle rate for investment approval slips negative in many cases at $80 a barrel or less.
Consolidation of the energy sector may be the way forward. Rumours of BP and Shell dusting off the merger files sound logical to me. BP is far from out of the mire of the Browne and Hayward years yet. But come the dawn, and if the lawyers confirm that all the lawsuits are behind them, then a Shell/BP merger seems more likely than not. The opportunity to build a great Europe-based Energy multinational around the strong(ish) foundations of RDS and BP would be attractive – not least to the European Union. The nightmare alternative, by which either or both fall into the hands of Russian, or Chinese or Arab predators is not!
“Follow the money” is never bad advice. And along with “Who benefits” I’d recommend it at this time. The next few years will see major changes, some surprising, to the global energy scene. The power is shifting. Interesting times. The prizes are high! Who will win? We’ll see.
Posted by Paddy Briggs at 7:23 am No comments: